Can you believe we are already in February? And it’s the best, most festive month of the year to be in the Dominican Republic. “El mes de la Patria” or the month dedicated to celebrating the nation.

As you know, every year I publish some images from various carnivals around the country. If you’ve never experienced it, you must! Carnival in the DR is rooted in folklore, and celebrates the country’s diverse African, Taino, and European roots. There are also costumes highlighting every day social, environmental and political issues. It’s a time when Dominicans unite in the streets every Sunday to celebrate their culture and diversity, irrespective of background or age or social class. And boy is it a diverse country! That’s what I love about it.

Carnaval Dominicano kicks off all around the country this Sunday February 3, 2019.

La Vega, Puerto Plata, Santiago, Monte Cristi, La Romana, Nagua, San Cristobal and Rio San Juan, are just a few of the towns and cities putting on a parade every single Sunday, usually kicking off around 4pm (expect Dominican-time, and bring all your patience ).

Wherever you find yourself on a Sunday afternoon in February (except for Punta Cana – see later in post), you’re sure to witness carnival.

To read more about the significance of Dominican Carnival, read up on this article I wrote recently for Moon Guides or this personal account I shared on Medium.

Below are highlights of the best carnival events around the country, from Santo Domingo to beyond, leading up the final national parade in Santo Domingo on March 3.

Expect music performances, dancing, and lots of family crowds at the announcement and crowning of the national King and Queen of 2019 Carnaval Dominicano. It’s usually well-known Dominican artists or someone who has made a significant contribution to carnival and culture in the DR. Will update as I find out who they are and who’s performing this night.

As far as I know, this is a new one. Every year the Ministry of Culture innovates and comes up with new side event ideas. This will likely be an evening long showcase of music around the Colonial City’s various venues. Just walk around and follow the sounds. There’s also a more specific event below.

This year’s closing national parade is dedicated to Puerto Plata. I’ve no doubt this means it’s going to be even more spectacular than usual. If you can only make one parade, make it this one. It’s absolutely astonishing to see, with the best carnival groups from all 33 provinces parading now the seafront boulevard. It goes on for hours, well past evening but I usually leave as soon as night falls. The best part takes place between 4:30pm and 7pm.

You can view more of my images at this link, or use the search function on the blog.

On your way to or from the Colonial City, take a peek at 50 carnival photos from 1988 to 2018 by Dominican photographer Mariano Hernandez, , on display around the park’s perimeter.

East of the bridge, across the Colonial Zone, is an entirely different experience representing urban Santo Domingo. Their carnival features Haitian-Dominican gaga traditions, as well as Ali Baba dance groups. I’m still figuring out the dates on this one – will post ASAP but word is it kicks off next weekend.

The most commercialized and largest of all, Carnaval de La Vega parades kick off this Sunday, February 3, and every Sunday thereafter (10, 17, 24). Check on social media to see which artists will also perform in the evenings — it varies every Sunday.

La Vega’s streetside set up is massive, the biggest in the DR. It’s a small town though, so just show up and ask where the main area is (“Por donde ‘ta el desfile de carnaval?” or “Por donde las cuevas de carnaval?”) in your best Dominican accent and then hop down the long avenue — watch your booty, literally — and maybe even pay to enter the “cuevas” where fans hang with their favorite “diablo cojuelo” groups and drink and party all evening long. You can find more details too in Moon Dominican Republic. A family-friendly, more traditional version also takes place around 11am in La Vega.

Carnival parades kick off this Sunday, February 3, and every Sunday thereafter, on the Malecon near the area known as Long Beach, with a final parade on March 9 (even later than the national parade in Santo Domingo). Evening concerts follow for those who want to party on late into the night.

If you’re up north in Puerto Plata or its surroundings and want to venture into the countryside, then Bonao is near and has beautiful landscapes. It also hosts carnaval, of course, kicking off this Sunday. Details in the image below.

Punta Cana, the most tourist-heavy part of the country, hosts its own carnival showcase inside Puntacana Village. Unlike the rest of the country, it’s privately funded by the Puntacana Group so it’s not held every Sunday but rather on specific days they announce every year. This year, it will be held on March 8 and March 9. The show will also feature delegates from Aruba, Curacao, Haiti and Saint Martin.

For other events taking place this month, check out this post.

And stay tuned for updates on this post this month – my experience is that carnival-related events always pop up at the last minute here in the DR. 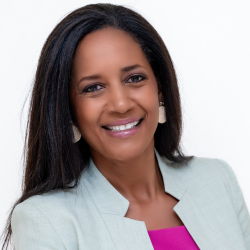